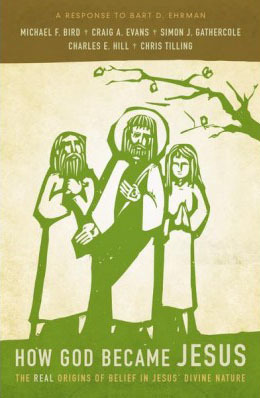 In his recent book How Jesus Became God: The Exaltation of a Jewish Preacher From Galilee historian Bart Ehrman explores a claim that resides at the heart of the Christian faith--- that Jesus of Nazareth was, and is, God. According to Ehrman, though, this is not what the earliest disciples believed, nor what Jesus claimed about himself. The first response book to this latest challenge to Christianity from Ehrman, How God Became Jesus features the work of five internationally recognized biblical scholars. While subjecting his claims to critical scrutiny, they offer a better, historically informed account of why the Galilean preacher from Nazareth came to be hailed as “the Lord Jesus Christ.” Namely, they contend, the exalted place of Jesus in belief and worship is clearly evident in the earliest Christian sources, shortly following his death, and was not simply the invention of the church centuries later.