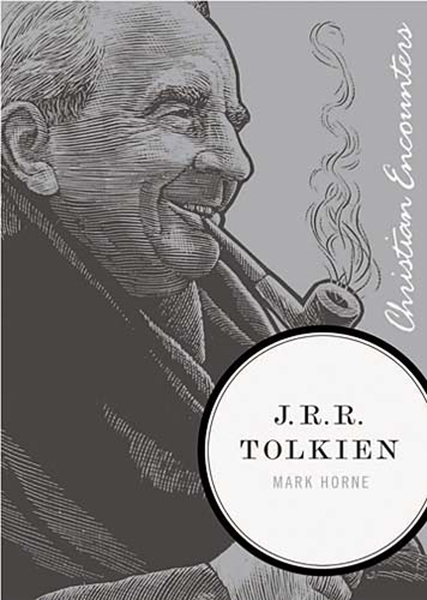 Christian Encounters, a series of biographies from Thomas Nelson Publishers, highlights important lives from all ages and areas of the Church. Some are familiar faces. Others are unexpected guests. But all, through their relationships, struggles, prayers, and desires, uniquely illuminate our shared experience.

Born in South Africa and growing up in Great Britain, J.R.R. Tolkien, or Ronald as he was known, led a young life filled with uncertainty and instability.  His was not a storybook childhood- his father died when Ronald was three years old, and his mother died just before he reached adolescence.  Left under the guardianship of his mother's friend and priest, Ronald forged his closest relationships with friends who shared his love for literature and languages.

As Tolkien grew older, married, served as a soldier, and became a well-respected Oxford professor publishing weighty works on Sir Gawain and the Green Knight and Beowulf, the Christian faith that his mother had instilled in him continued as an intrinsic element of his creative imagination and his everyday life.

It was through The Hobbit and the three-volume The Lord of the Rings that Tolkien became a literary giant throughout the world.  In his fiction, which earned him the informal title of "the father of modern fantasy literature," Tolkien presents readers with a vision of freedom- nothing preachy- that a strong, unequivocal faith can transmit.