Devotions to Make You Stronger 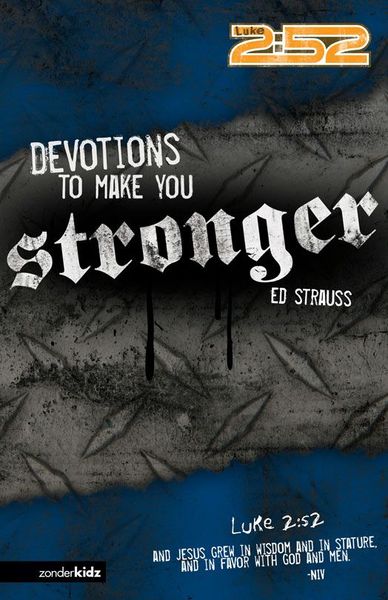 Devotions to Make You Stronger

Title: Devotions to Make You Stronger

“Strong” often means physical strength and a powerful presence … but according to the Bible, being a mighty man means learning to listen, speak up, and do the right thing even when it’s hard. In Devotions to Make You Stronger, ninety days of quick, short, easy-to-read and boy-friendly devotions help young guys 8 and up discover the strong person God made them to be inside and out, and how they can grow up to be powerful in the ways that count no matter their physical appearance.

David was part of a group of mighty men. Samson could lift heavy doors and defeat entire armies with a jawbone. Joshua led an entire nation in battles against the giants and warriors of Canaan and won. But those impressive feats aren’t what actually made them “strong.” In fact, those things aren’t even what made them heroes. What really made them strong and able to take on anything was the stuff happening inside their hearts. The good news? You can be just as strong and amazing by following their good habits—and avoiding their mistakes. Each of the ninety devotions in this book take a few minutes to read (some are even funny!) and explore the entire Bible to show you the secrets to building your brain muscles and making your body healthier so you are ready for any challenge. Plus, every devotion shows exactly how the Bible applies to you, so you can confidently go out and do powerful things no matter what you face.

Devotions to Make Your Stronger: