His Battle: God's Plan for Victory 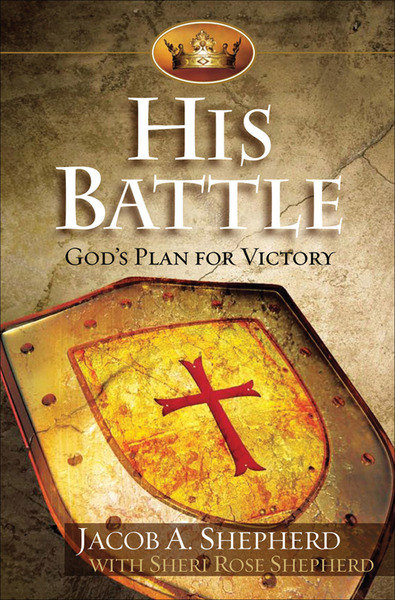 His Battle: God's Plan for Victory

All men have fight inside them. It's how they were made. And yet society tries to block that fight and tell men how much they've failed. What does a man do with that tension? And what does it do to his soul?
Now Jacob A. Shepherd has teamed up with his mother, Sheri Rose Shepherd, on a book that speaks directly to men's souls. Based on 2 Timothy 4:7, His Battle offers letters from God written specifically to men, followed by prayer responses, all accompanied by plenty of Scripture. This book will destroy the lies men are told about themselves. At the same time, His Battle will speak to men in the still, calming voice of their loving Creator to renew their strength, restore their God-given fight, and help them walk and live in power and truth again.
Packaged handsomely, this is the book women want to buy for their men. His Battle will help men heal from the inside and grow strong in the Lord.
ISBN: 9781441212641