Process and Providence: The Evolution Question at Princeton, 1845-1929 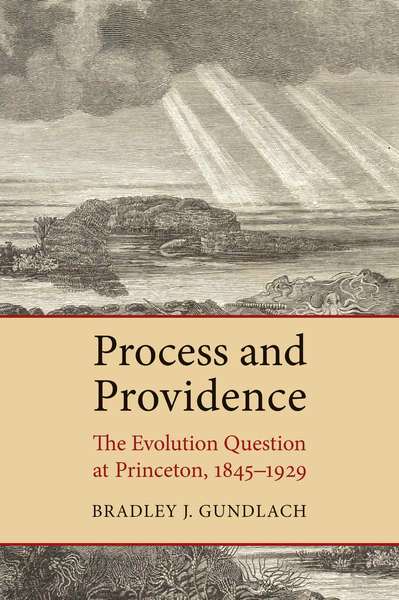 Process and Providence: The Evolution Question at Princeton, 1845-1929

Title: Process and Providence: The Evolution Question at Princeton, 1845-1929

Charles Hodge, James McCosh, B. B. Warfield -- these leading professors at Princeton College and Seminary in the nineteenth and early twentieth centuries are famous for their orthodox Protestant positions on the doctrine of evolution. In this book Bradley Gundlach explores the surprisingly positive embrace of developmental views by the whole community of thinkers at old Princeton, showing how they embraced the development not only of the cosmos and life-forms but also of Scripture and the history of doctrine, even as they defended their historic Christian creed.

Decrying an intellectual world gone “evolution-mad,” the old Princetonians nevertheless welcomed evolution “properly limited and explained.” Rejecting historicism and Darwinism, they affirmed developmentalism and certain non-Darwinian evolutionary theories, finding process over time through the agency of second causes — God’s providential rule in the world -- both enlightening and polemically useful. They also took care to identify the pernicious causes and effects of antisupernatural evolutionisms. By the 1920s their nuanced distinctions, together with their advocacy of both biblical inerrancy and modern science, were overwhelmed by the brewing fundamentalist controversy.

From the first American review of the pre-Darwinian Vestiges of the Natural History of Creation to the Scopes Trial and the forced reorganization of Princeton Seminary in 1929, Process and Providence reliably portrays the preeminent conservative Protestants in America as they defined, contested, and answered -- precisely and incisively -- the many facets of the evolution question.
ISBN: 9781467438964