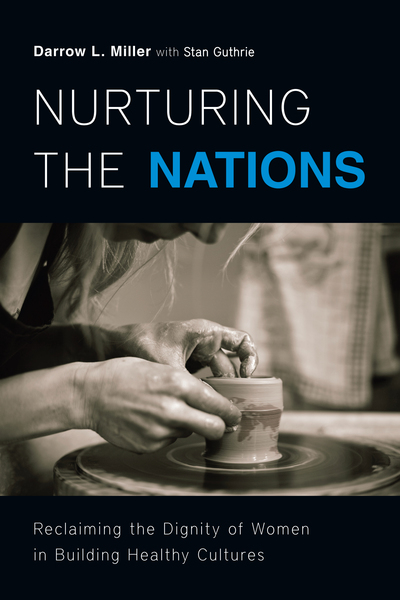 Title: Nurturing the Nations Reclaiming the Dignity of Women in Building Healthy Cultures

Our world is filled with nations that are impoverished largely because half of their people—the female population—are disenfranchised. But this is not just a book about women; it is a book that deals with the intersection of three seemingly very different subjects: women, poverty and world view. Nurturing the Nations explains how the ideas that societies embrace create healthy or impoverished cultures and supports that theory with information regarding domestic violence, murder and pornography. The book addresses one of the greatest causes of worldwide poverty, the lie that men are superior to women. In noting that the world view of a culture frames how it understands women and men, various paradigms are studied, such as Hinduism and Animism, showing how they lead to the abuse and hatred of women. This topic cannot be addressed without studying the Trinity as a model for male-female relationships. Servanthood, submission and the transcendence of sexuality are all discussed based on the idea that male and female were created equal in being but different in function. The book concludes with a look at the history of women in the Old and New Testament—how they were established as the co-laborers of men in the development of creation and the liberating challenge Jesus issued to the sexist culture of his day.
ISBN: 9780830859252