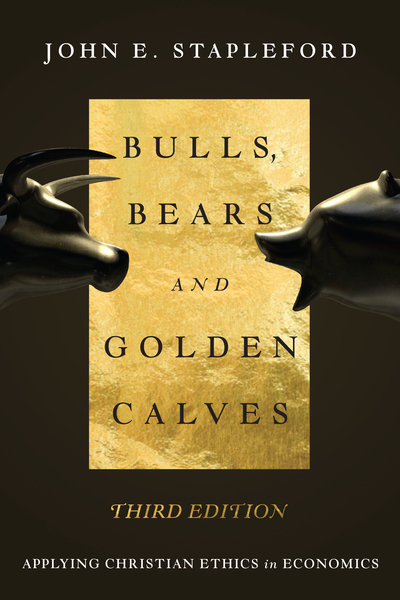 Self-interest, economic efficiency and private property rights are among the most basic assumptions of market economics. But can an economic theory built on these assumptions alone provide adequate insight into human nature, motivation and ultimate goals to guide our economic life? John Stapleford says no, along with those economists who recognize the limits of their discipline. He insightfully shows us in detail how ethics are inextricably intertwined with economic life and analysis. Writing from a Christian ethical perspective, he interacts with seven standard introductory economics texts, exploring the moral challenges embedded in various macro-, micro- and international economic theories and outlining a faithful response to them. The third edition includes two new chapters on economics as a science and global poverty plus expanded discussions of entitlements, government debt, healthcare reform and immigration reform. Keyed to seven of the most widely used introductory economics texts—Gwartney, Stroup & Sobel; Mankiw; Mansfield & Behravesh; McConnell & Brue; Miller; Samuelson & Nordhaus; and Stiglitz—this book will be especially useful for introductory courses in economics.
ISBN: 9780830897148