Jesus, Paul and the People of God: A Theological Dialogue with N. T. Wright 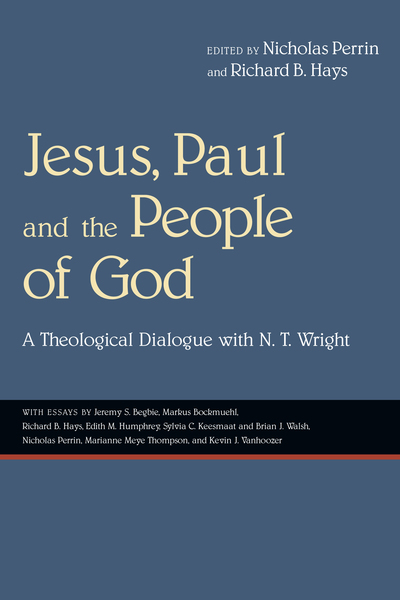 Jesus, Paul and the People of God: A Theological Dialogue with N. T. Wright

Title: Jesus, Paul and the People of God: A Theological Dialogue with N. T. Wright

At the 2010 Wheaton Theology Conference, leading New Testament scholar N. T. Wright and nine other prominent biblical scholars and theologians gathered to consider Wright's prolific body of work. Compiled from their presentations, this volume includes Tom Wright's two main addresses, one on the state of scholarship regarding Jesus and the other on the state of scholarship regarding the apostle Paul. The other nine essays critically interact with these two major themes of Wright's works. Much appreciation is shown, overviews are given, perspective is provided and some pointed questions are also raised. Together these essays represent the best of critical yet charitable dialogue among serious and rigorous scholars on theological themes vital to Christian faith that will propel New Testament scholarship for the next decade to come. With essays by Jeremy Begbie Markus Bockmuehl Richard B. Hays Edith M. Humphrey Sylvia Keesmaat and Brian Walsh Nicholas Perrin Marianne Meye Thompson Kevin J. Vanhoozer
ISBN: 9780830868438