Movements That Change the World: Five Keys to Spreading the Gospel 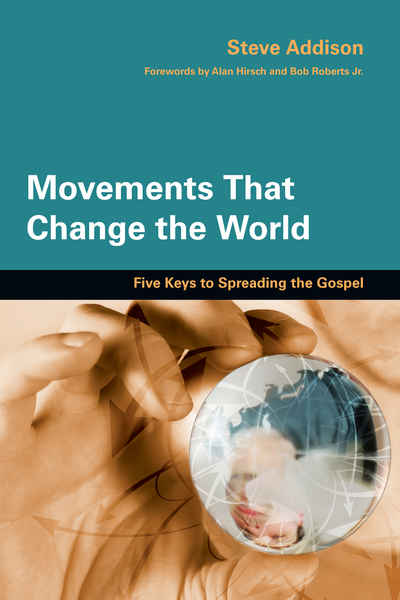 Movements That Change the World: Five Keys to Spreading the Gospel

Title: Movements That Change the World: Five Keys to Spreading the Gospel

When Jesus commissioned his followers, he was not just inaugurating the historical church, he was founding a missionary movement.Originally released by Missional Press and now revised and expanded to include a multi-session discussion guide, Steve Addison's Movements That Change the World draws from biblical, historical and contemporary case studies to isolate the essential elements of a dynamic missionary movement. The church fulfills its mission today to the extent that it honors these essential elements, modelled perfectly in Jesus? missionary enterprise: white-hot faith commitment to the cause contagious relationships rapid mobilization adaptive methods Throughout the ages Jesus' followers have been called to continue his movement in the power of the Holy Spirit. Like many such movements, it changed the world. Unlike most movements, which have their historical moment and then fade away, Christianity is actively, continually changing the world for the better.
ISBN: 9780830868605