The Universe Next Door: A Basic Worldview Catalog 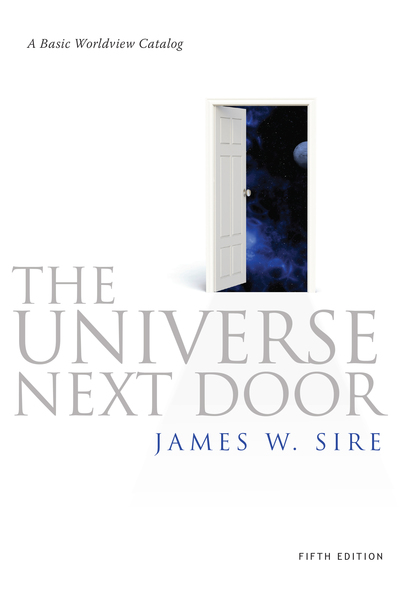 The Universe Next Door: A Basic Worldview Catalog

Title: The Universe Next Door: A Basic Worldview Catalog

Voted one of Christianity Today's 1998 Books of the Year For more than thirty years, The Universe Next Door has set the standard for a clear, readable introduction to worldviews. In this new fifth edition James Sire offers additional student-friendly features to his concise, easily understood introductions to theism, deism, naturalism, Marxism, nihilism, existentialism, Eastern monism, New Age philosophy and postmodernism. Included in this expanded format are a new chapter on Islam and informative sidebars throughout. The book continues to build on Sire's refined definition of worldviews from the fourth edition and includes other updates as well, keeping this standard text fresh and useful. In a world of ever-increasing diversity, The Universe Next Door offers a unique resource for understanding the variety of worldviews that compete with Christianity for the allegiance of minds and hearts. The Universe Next Door has been translated into over a dozen languages and has been used as a text at over one hundred colleges and universities in courses ranging from apologetics and world religions to history and English literature. Sire's Naming the Elephant: Worldview as a Concept provides a useful companion volume for those desiring a more in-depth discussion of the nature of a worldview.
ISBN: 9780830877423