Dangerous Church: Risking Everything to Reach Everyone 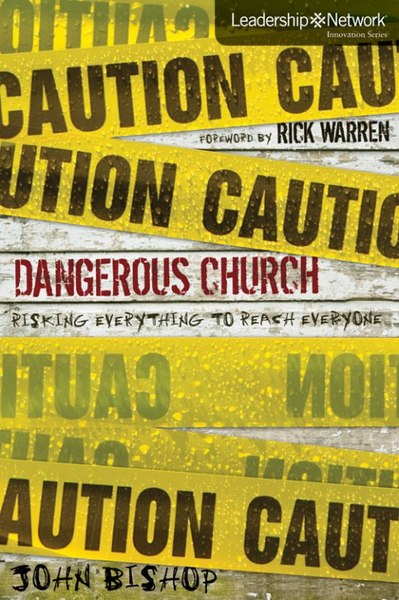 Dangerous Church: Risking Everything to Reach Everyone

Title: Dangerous Church: Risking Everything to Reach Everyone

Dangerous churches should be norm. Church leaders and church people alike shrink back from danger because we want safety. Jesus said that he's overcome the world and its troubles. Dangerous churches put everything on the line for the one thing that matters most: reaching lost people.It's dangerous not to be a dangerous church. The book is less about methods or even the message of God, but about a church that risks everything it has to reach lost people. Living Hope was birthed 8 years ago and has grown from five families to 5000 attendees, grown from one to 19 services on many campuses, and baptized 5,000 people along the way. A dangerous church sees what "only God" can do when it acts upon what the church is supposed to be. It risks everything to reach people.God wants us to live on the edge of our margin when it comes to mission and methods. So much of Living Hope's journey has been going back to the Book of Acts and trying to live authentically with the givens of who they were, where they were and what they had to work with. They learned to abandon agendas and short-sighted human plans, especially ones that copy what other churches are doing. That's when they found God's blessing. "We went from being a good church to being God-honoring church," he reports.Drawing insight from the book of Acts, this book unfolds the very personal journey of a pastor, and then his entire church, when they finally began to live a dangerous faith. The transition had a dramatic impact on the pastor's life and marriage, as well as on the congregation and its outreach. It opened a new sense of mission and incredible spiritual fruitfulness. The pastor is not only a radically different person today, but the entire church has become an atmosphere that values taking dangerous steps of faith. It will lead Christ's followers to become risk-takers who change the world through a revolution that begins with a dangerous grace. The book is story-rich with examples of the grace-filled culture from Living Hope Church through the experiences of its pastor, John Bishop. It will avoid a smug attitude that implies "we've arrived," "we're the first to live out grace" or "we're the best at giving grace." Instead, the book will convey a humble attitude of "we've got a lot to learn," including examples of mistakes the church has made along the way. The rapid transition of Living Hope will not be projected as a speed for other churches to follow (lest the book invite a crash-and-burn outcome at other churches). Thus the book will find its primary story in and from Living Hope.In 2007 Outreach Magazine ranked Living Hope as the seventh fastest growing schurh in the US. They have also been listed among the 50 most influential churches in America.
ISBN: 9780310302315