The Real Kosher Jesus: Revealing the Mysteries of the Hidden Messiah 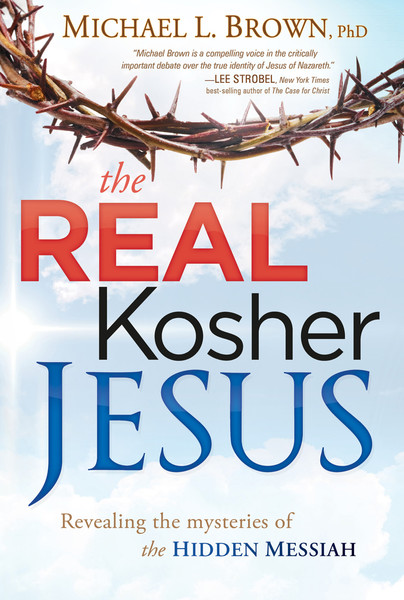 The Real Kosher Jesus: Revealing the Mysteries of the Hidden Messiah

Title: The Real Kosher Jesus: Revealing the Mysteries of the Hidden Messiah

He has been called a rabbi, a rebel, a reformer, a religious teacher, a reprobate sinner, a revolutionary, a redeemer. Some have claimed he was a magician, others the Messiah. Some say he was a deceiver; others say he was divine. Who is this Jesus-Yeshua, and why are we still talking about him two thousand years later?

Recently a prominent Orthodox Jewish rabbi presented a new version of Jesus, a “Kosher Jesus” that Jews can accept. By reclaiming Yeshua as a fellow Jew and rabbi, he has taken a very major and truly wonderful step in the right direction, but by re-creating Jesus, he has also robbed him of his uniqueness.

The Real Kosher Jesus takes you on a journey to uncover the truth. It is a journey filled with amazing discoveries and delightful surprises, a journey that is sometimes painful but that ends with joy, a journey through which you will learn the real story of this man named Yeshua: the most famous Jew of all time, the Jewish nation’s greatest prophet, the most illustrious rabbi ever, the light of the nations and Israel’s hidden Messiah.
ISBN: 9781621360094