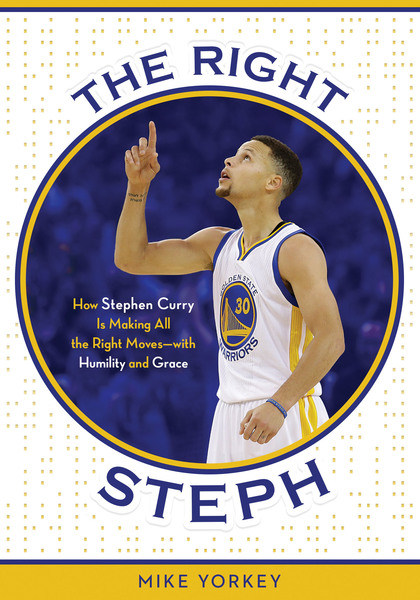 Title: The Right Steph How Stephen Curry Is Making All the Right Moves—with Humility and Grace

Steph Curry: You Can’t Keep Your Eyes Off of Him

In a few short years, Stephen Curry has reshaped the way basketball is played, been proclaimed the best shooter in basketball history, and has been lauded by pundits as the best player on the planet.  Stephen has been named the NBA’s most valuable player for the past two seasons, led the Golden State Warriors to its first NBA championship in forty years during the 2014-15 season, and opened his heart in such a way that America has fallen head-over-heels in love with him and his endearing family.

Likable, humble, soft-spoken, and living out his faith—using words only when necessary—Stephen Curry is one of those nice guys you’d want to meet or have your kids emulate. We feel like we’re on a first-name basis with the young man, so much so that he’s now known by the diminutive form of his first name: Steph.

In this fun, fact-filled biography, veteran author Mike Yorkey describes how Steph Curry has taken over a popular game that brings together a basket, a leather ball, and a flick of a wrist from beyond the three-point line—all the while with his family cheering him on.
ISBN: 9781683222613