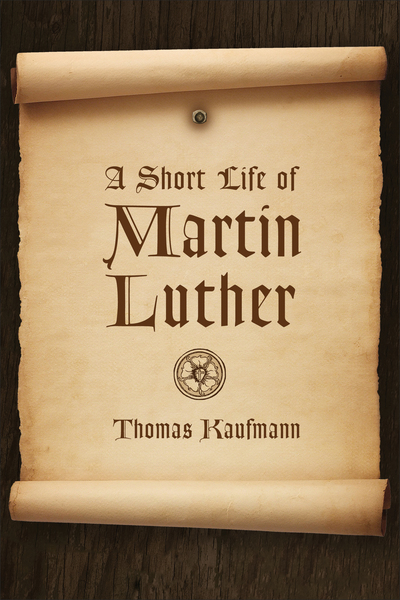 Martin Luther, the Augustinian friar who set the Protestant Reformation in motion with his famous Ninety-Five Theses, was a man of extremes on many fronts. He was both hated and honored, both reviled as a heretic and lauded as a kind of second Christ. He was both a quiet, solitary reader and interpreter of the Bible and the first media-star of history, using the printing press to reach many of his contemporaries and become the most-read theologian of the sixteenth century.

Thomas Kaufmann’s concise biography highlights the two conflicting “natures” of Martin Luther, depicting Luther’s earthiness as well as his soaring theological contributions, his flaws as well as his greatness. Exploring the close correlation between Luther’s Reformation theology and his historical context, A Short Life of Martin Luther serves as an ideal introduction to the life and thought of the most important figure in the Protestant Reformation.
ISBN: 9781467446143