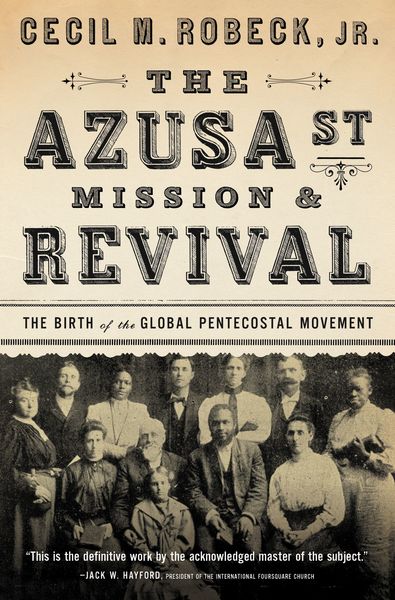 Sometimes the largest blaze begins with the tiniest spark.

At the dawn of the twentieth century, William J. Seymour, the son of Louisiana slaves, began meeting with a tiny congregation in a two-story wooden building in downtown Los Angeles. What began as a spontaneous gathering of believers quickly grew into a passionate revival and renewal of the work of the Holy Spirit. The movement spread at breathtaking speed. With little more than a printing press, a trolley stop, and a powerful message, the spiritual fire emanating from the Apostolic Faith Mission on Azusa Street rapidly crossed strict cultural and national borders—into Mexico, Canada, Britain, Scandinavia, Africa, India, and China. Led by William J. Seymour, the revival became the catalyst for the modern Pentecostal movement.

Today, the more than 500 million Christians who identify as Pentecostal or Charismatic can trace the roots of their faith to this humble beginning at Azusa Street. The Azusa Street Mission and Revival tells the full story of how this uniquely diverse and inclusive group grew into a powerful movement that forever changed the landscape of Christianity.