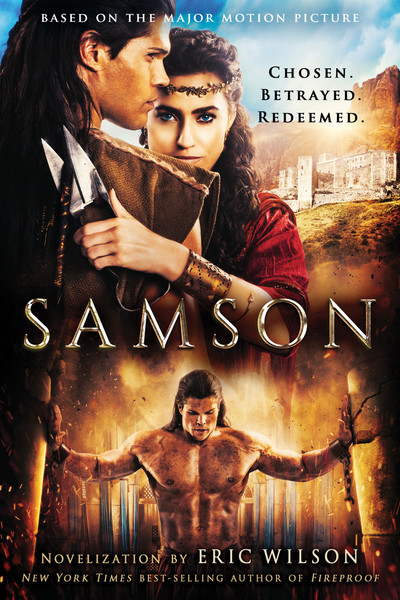 The original superhero movie based on the story of Samson and Delilah
He has many names. Lion tamer. Fox catcher. Man killer. Each with its measure of glory and shame. But for this young Hebrew with a supernatural gift of strength, there is more to the story. Samson has a God-given destiny to defend his people from the oppressive Philistine empire. After experiencing tragedy at the hands of a cruel Philistine prince, he strives to fulfill his calling only to fall victim to his own desires.

As Samson draws close to a Philistine temptress with a secret, this man of unbeatable strength drifts away form his destiny. Then an act of betrayal costs him everything. At his weakest Samson must rely on God in one last effort to avenge his people.

In this novelization of the major motion picture Samson draws you deeper into one of the most famous biblical stories of the Old Testament. Experience the legacy of Samson and Delilah in a way you never have before.
ISBN: 9781629995168