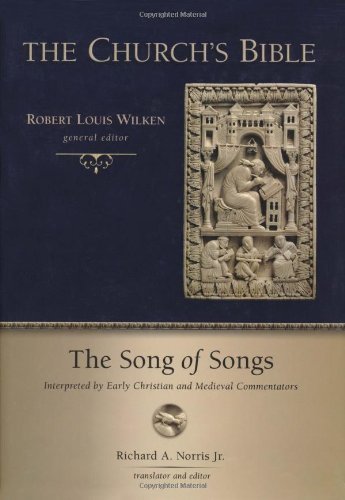 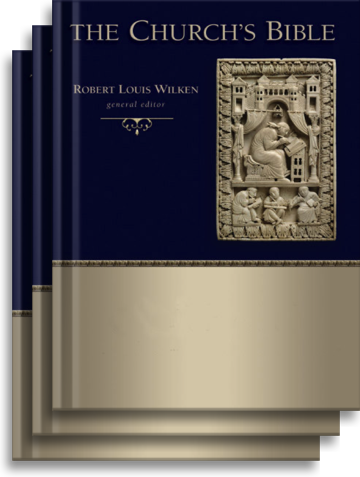 The Song of Songs, traditionally attributed to Solomon, is a collection of lyrics that celebrate in earthly terms the love of a bridegroom and a bride. Throughout the course of early Christian history, the Song of Songs was widely read as an allegory of the love of Christ both for the church and for its individual members. In reading the Song this way, Christians were following in the steps of Jewish exegetes who saw the Song as celebrating the love of God for Israel.

In The Song of Songs, the inaugural volume of The Church's Bible, Richard A. Norris Jr. uses commentaries and sermons from the church's first millennium to illustrate the original Christian understanding of Solomon's beautiful poem. In recent times, the Song of Songs has been more a focus of literary than of religious interest, but Norris's work shows that for early Christians, this text was counted, with the Psalms and the Gospels, among those Scriptures that touched most deeply on the believer's relation to God.

All in all, Norris's Song of Songs is a masterful work that aptly acquaints contemporary readers with the church's traditional way of discerning in this text a guide to the character of Christian belief and life. This volume — and the entire Church's Bible series — will be welcomed by preachers, teachers, students, and general readers alike.

This volume can be purchased individually, or as part of the Church's Bible - CB (6 Vols.) Set.

"The Church's Bible, a new commentary series on books of the Bible composed of quotations from patristic and medieval commentators, bears witness to the long, rich tradition of biblical interpretation within the church catholic. Such a series has always been badly needed. It also provides a welcome corrective to current fringe modes of interpretation that are more interested in rhetoric, style, or sociology than in the substance and content of the written Word of God. Recommended heartily to all pastors, preachers, and professors and students of theology." - Joseph A. Fitzmyer, S.J., Catholic University of America Richard A Norris, Jr. (1930-2005) was Professor Emeritus of Church History at Union Theological Seminary in New York. He was also Priest Associate of the Church of St. Ignatius of Antioch, and Diocesan Canon in the Diocese of New York. His other works include The Christological Controversy.