Wounded Visions: Unity, Justice, and Peace in the World Church after 1968 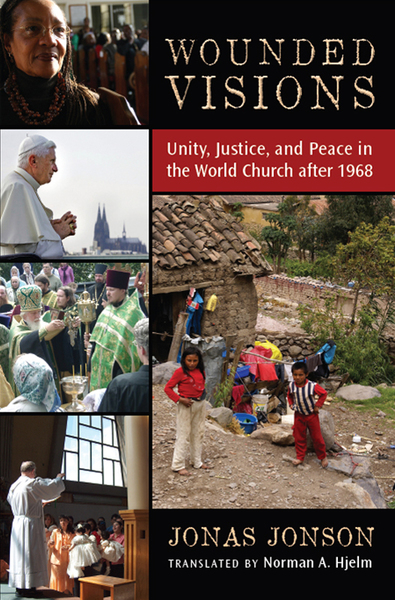 Wounded Visions: Unity, Justice, and Peace in the World Church after 1968

Title: Wounded Visions: Unity, Justice, and Peace in the World Church after 1968

Jonas Jonson, who was directly involved with the ecumenical movement for forty years, offers in this book an inside perspective on an ever-changing global Christianity. Reviewing developments in ecumenism from the 1960s to the present, Jonson discusses the decolonization of mission, interreligious relations, “God’s preferential option for the poor,” and unity in diversity. He also maps the global ecumenical landscape and presents the “Fourth Church” — comprising charismatic, Pentecostal, and evangelical movements of the twentieth century.

How did the ecumenical movement respond to the fall of communism, the opening of China, and the globalization of financial markets? Why did so many big churches, caught in the whirlwind of change, retreat from their ecumenical commitments in order to promote and protect their own interests? Jonson addresses these questions and more in this comprehensive review of global Christianity and the ecumenical movement.
ISBN: 9781467438018