An Anomalous Jew: Paul among Jews, Greeks, and Romans 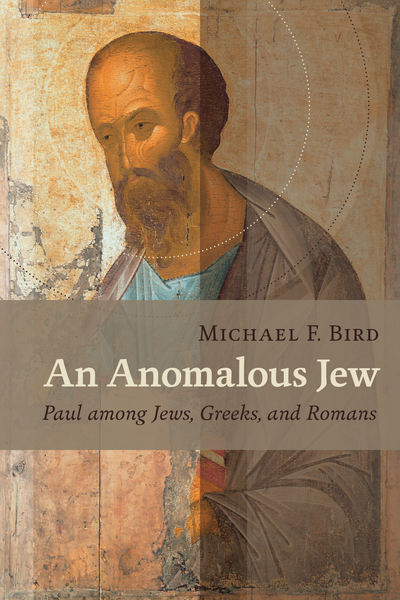 An Anomalous Jew: Paul among Jews, Greeks, and Romans

Title: An Anomalous Jew: Paul among Jews, Greeks, and Romans

Lively, well-informed portrait of the complex figure who was the apostle Paul

Though Paul is often lauded as the first great Christian theologian and a champion for Gentile inclusion in the church, in his own time he was universally regarded as a strange and controversial person. In this book Pauline scholar Michael Bird explains why.

An Anomalous Jew presents the figure of Paul in all his complexity with his blend of common and controversial Jewish beliefs and a faith in Christ that brought him into conflict with the socio-religious scene around him. Bird elucidates how the apostle Paul was variously perceived — as a religious deviant by Jews, as a divisive figure by Jewish Christians, as a purveyor of dubious philosophy by Greeks, and as a dangerous troublemaker by the Romans. Readers of this book will better understand the truly anomalous shape of Paul’s thinking and worldview.
ISBN: 9781467445986