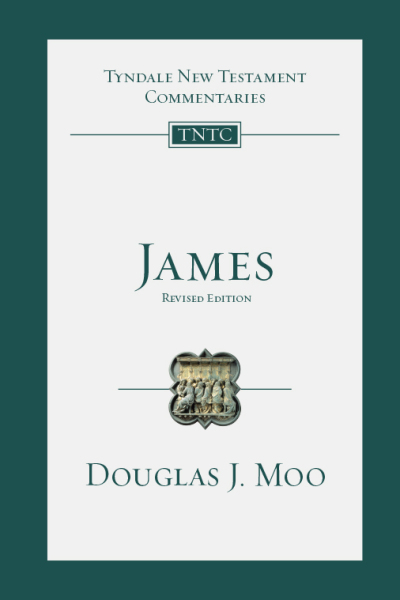 The genius of the letter of James lies in its powerfully simple call for repentance, for action, for a consistent Christian lifestyle. In his revised Tyndale New Testament Commentaries: James, Douglas Moo allows James's words to cut through our theological debates, our personal preconceptions, our spiritual malaise and return us to an invigorating, transforming Christianity. This second-edition volume in the storied Tyndale New Testament Commentary series includes a new extensive introduction, analysis and section-by-section commentary of the book of James.

"The Bible is being translated, commented on, read, studied, preached and analyzed as never before. But it is questionable whether it is being obeyed to a comparable degree," says Moo in the preface. "All this suggests that the message of James is one that we all need to hear—and obey."

"There simply is no series of medium-length commentaries that approaches the excellence of the Tyndale commentaries." — Donald A. Hagner, Fuller Theological Seminary Douglas J. Moo (PhD, University of St. Andrews) is the Kenneth T. Wessner Professor of New Testament at Wheaton College Graduate School. He has written numerous New Testament commentaries for the NIV Application Commentary series and the Tyndale New Testament Commentary series, specifically on the Pauline and general letters. Since 2006, he has chaired the Committee on Bible Translation, the group of scholars charged with revising the text of the NIV, and is the coauthor of The Rapture: Pre-, Mid-, or Post-Tribulational? and The Law, the Gospel, and the Modern Christian: Five Views.