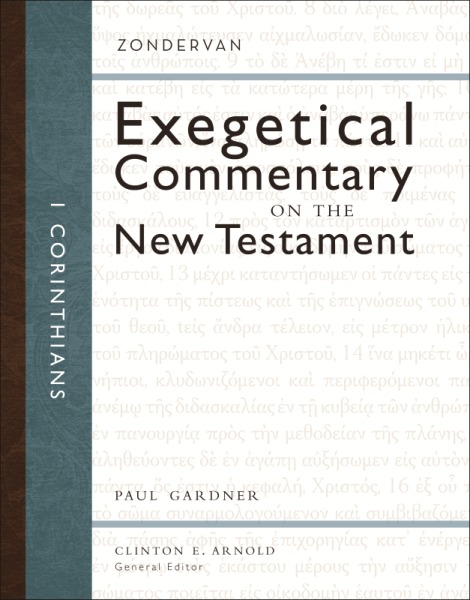 In this volume Paul Gardner argues that the Corinthians regarded wisdom and knowledge as spiritual gifts and gave them a significance and importance that caused spiritual arrogance among some. Paul responds by calling them to return to the humbling centrality of the gospel message in which Christ is preached as the crucified Lord. While Corinthian arrogance "puffs up," it is only love that will reflect true commitment to the crucified Lord. Questions of status are not to be answered by appeal to God's gifts of wisdom, knowledge, or any other. Humble worship of the Lord and the humble building up of the church are what matters.

This volume is available for purchase individually, or as part of the Zondervan Exegetical Commentary on the Old and New Testament Set (18 Vols.). Paul Gardner (PhD Cambridge University) taught for seven years at Oak Hill Theological College after his ordination, and then moved to parish ministry in Cheshire, UK. In 2003 he was appointed Archdeacon of Exeter. In 2005 he moved to become the Senior Pastor of ChristChurch, Atlanta, USA. In 2017 he returned to UK for retirement and now travels widely lecturing in Seminaries and Universities mostly on the New Testament, Pauline Theology, and the book of Revelation. He has published a number of books and articles, including commentaries on Revelation, Ephesians, and on 1 and 2 Peter and Jude. His most recent work is the volume on 1 Corinthians in the Zondervan Exegetical New Testament Commentary series (2017).