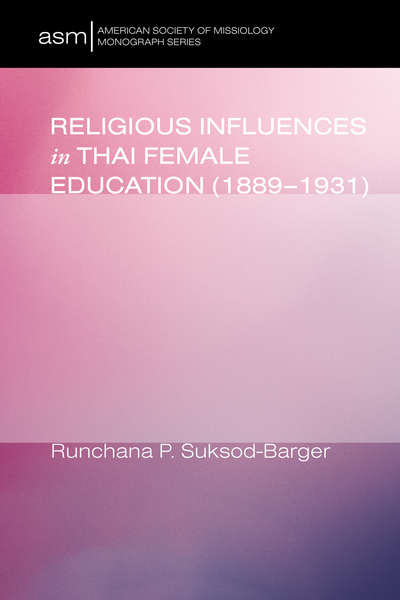 In this study Runchana Pam Suksod-Barger examines the impact of religion on female access to education in Thailand from 1889 to 1931--the early Modernization Period in Thailand. Although Thailand had traditionally been a Buddhist nation-state, Protestant missionaries during this era arrived in the country to convert Thais to Christianity. The Protestant belief in literacy so that everyone could read the Bible opened up educational opportunities for Thai girls that were not previously available to them. Suksod-Barger investigates the degree to which Buddhist and Christian (Protestant) influences affected Thai educational reforms for girls in primary and secondary education during the early Modernization Period, using a feminist theoretical framework to understand the social, political, economic, and religious impact. Examination of historical documents and empirical data are employed to compare the effect of two religions' values on female education access. The study contributes to the exploration of the historical and contextual discourse of Buddhism and women in Thailand, the history of education for Thai females during the early Modernization Period, and the overview of Protestant missions in the country, particularly their influence in establishing systems of mass education.
ISBN: 9781630873165