Lifetime in the Church and the University 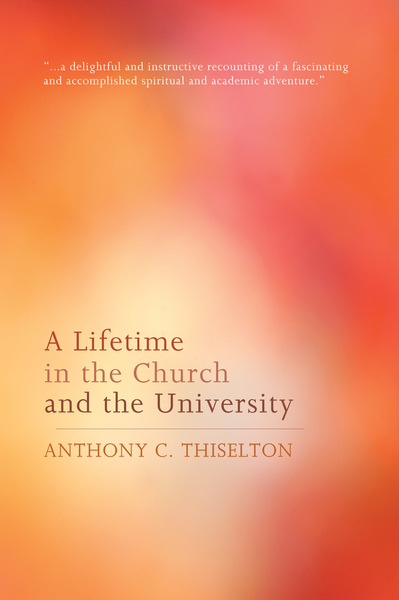 Lifetime in the Church and the University

Title: Lifetime in the Church and the University

"These recollections of a life-time in the Church and in different universities give rise to a diverse series of anecdotes, which provide, first, some entertaining humor, second, a glimpse into both academic and church life, and third my attempted contributions to Christian theology. Teaching in five British universities, belonging to such church national bodies as fifteen years on the Church of England General Synod, twenty-eight years serving on the Doctrine Commission, and many years on other Church committees, as well as secular national bodies . . . has left a reservoir of diverse memories that some have thought worth sharing. At the beginning there is more about the providence of God and my own mistakes than anything else. These chapters begin with a relatively high ratio of entertainment, but become increasingly theological in the later chapters. Towards the end, my story concerns teaching in America, Korea, and elsewhere. Although the Church of England and British universities often provide a focus, my overseas doctoral graduates assure me that the story would be of international interest. Those who have read one of my twenty books (and three more to come) may also have a special interest in it." From the Preface
ISBN: 9781498202190