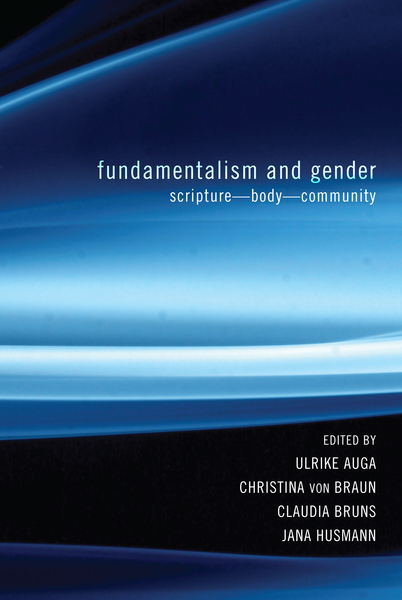 This anthology addresses the topic of "fundamentalism and gender" from inter- and trans-disciplinary perspectives. By referring to three major themes--"Literalism, Religion, and Science," "Nation, State, and Community," and "Body, Life, and Biopolitics"--the book focuses on the analytical diversification of the term "fundamentalism" and on intersections between religion, gender, sexuality, race, and nation. International scholars in cultural history and theory, religious studies, Christian theologies, Islamic studies, history, social sciences, anthropology, comparative literature, and women and gender studies examine the historical and current specifics of religious as well as of secular forms of fundamentalism. They also take a critical look at the Western discourse about religious fundamentalism and the ambivalent role feminism plays in this context, considering questions such as, Why do all religious fundamentalisms claim normalizing definitions of sexuality, gender roles, and intergender relations? In what way do gender and sexual politics play a role in secular criticism of religious fundamentalism? And how are forms of secular fundamentalism characterized by gender constructs and sexual politics?
ISBN: 9781621899525