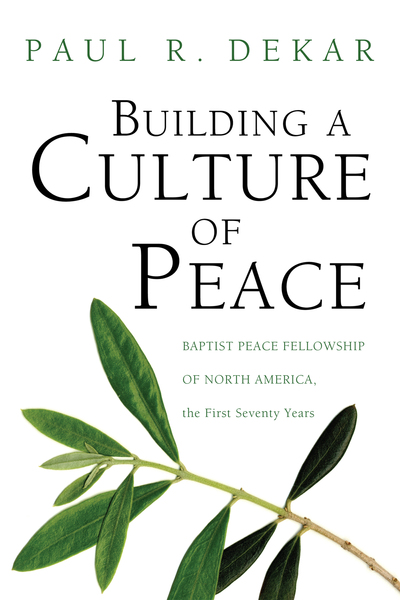 Around the world, thousands of grassroots movements are confronting issues like destruction of the environment, economic depression, human rights violations, religious fundamentalism, and war. This book tells the courageous story of one such group. Organizing in 1939, Northern Baptists formed the Baptist Pacifist Fellowship as part of the Fellowship of Reconciliation. Southern Baptists formed a parallel body. Like today, it was a time when sources of hope seemed hard to find. Discerning a need to support and connect Baptist conscientious objectors in the United States, members faced hostility in congregations and the nation. For the duration of the Second World War, the Korean War, war in Vietnam and elsewhere, Baptists sustained a witness for peace and justice. By 1984, threat of nuclear weapons led to formation of a wider circle of resistance to the culture of war. Subsequently, the Baptist Peace Fellowship of North America has brought together Baptist peacemakers from around North America and the world. However small in numbers or reviled, members have been building a culture of peace through an interracial and international community. This book is an invaluable resource for those seeking a new world of forgiveness, respect for human rights, nonviolence, and peace.
ISBN: 9781630877071