The Way of the Master - Olive Tree Bible Software

The Way of the Master 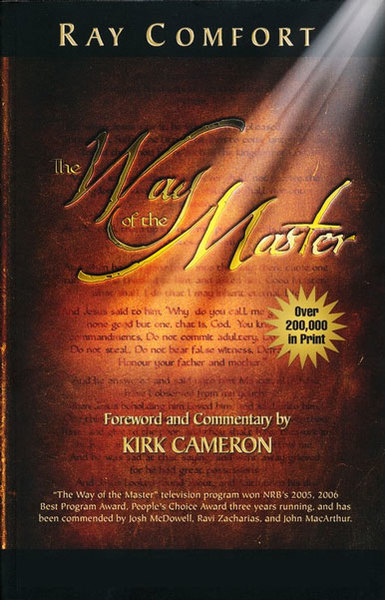 The Way of the Master

Title: The Way of the Master

The Way of the Master reveals an almost forgotten and forsaken Biblical truth that has the power to bring salvation to human hearts. This eBook contains a proven and effective way of making the gospel real to the unsaved people of this world. This evangelistic method is so rooted in the Scriptures that once you see it, you will wonder how you could have missed it. It is the principle, found over and over again in the Bible, of bypassing the intellect (the place of argument and reason) and speaking directly to the conscience (the location of the knowledge of right and wrong) - the way Jesus did.

Ray Comfort has authored over 50 books, including The Evidence Bible, Hell's Best Kept Secret and Overcoming Panic Attacks. He co-hosts with Kirk Cameron "The Way of the Master" television show, and his ministry has been commended by Franklin Graham, David Wilkerson, Dr. D. James Kennedy, Joni Eareckson Tada, Dr. Jerry Falwell and other Christian leaders. He lives with his wife Sue in Southern California.

Kirk Cameron, who provides the Foreword and Commentary for The Way of the Master, is a former television star of the show Growing Pains. He converted to Christianity as an adult, and has worked with Ray Comfort for many years. He also starred in the Left Behind movie series.