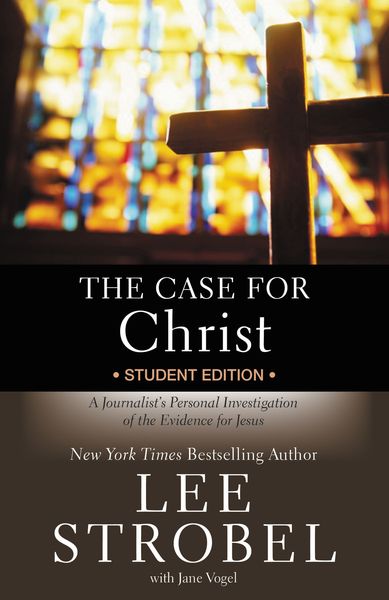 Is Jesus really the Son of God, the Messiah? Lee Strobel wasn't so sure. So, he decided to use his award-winning journalistic skills to investigate Jesus and prove once and for all if all the claims about him are true. The Case for Christ Student Edition adapts Strobel’s New York Times bestselling book to present hard-hitting findings as well as Lee’s journey from skepticism to belief in an easy-to-follow manner so you can make a decision about Jesus for yourself.

The Case for Christ Student Edition:

There's historical proof a guy named Jesus walked on the earth but was he really performing miracles? Did he actually rise from the dead? And was he truly the prophesied savior he claimed to be? Lee Strobel found it all hard to believe, and his doubts led him to ask the tough questions and dig into the real evidence to see if the Bible's claims and Jesus's words were true.