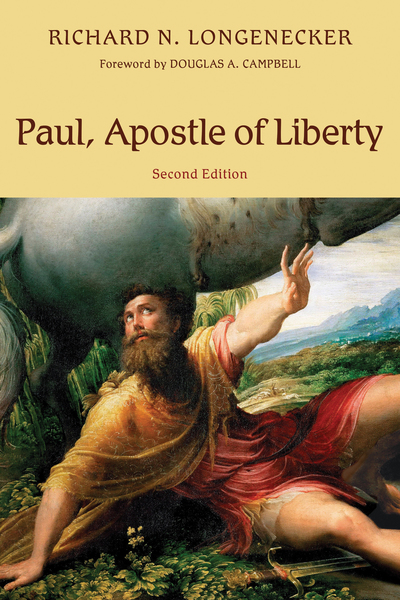 Paul’s teachings are vital to the Christian gospel, so the turbulent, long-running debate over how to interpret Paul’s message is crucially important. Richard Longenecker’s Paul, Apostle of Liberty has long stood — and still stands — as a significant, constructive, evangelical study of Paul’s theology, especially of the creative tension between law and liberty that runs throughout his thought.

When this book was originally published in 1964, Longenecker then presciently anticipated several subsequent debates, addressing many of the same questions that such scholars as E. P. Sanders and Richard Hays did years later. This second edition of Paul, Apostle of Liberty includes a substantial foreword by Douglas Campbell and a lengthy addendum by Longenecker discussing the major developments in Paul studies over the past fifty years.
ISBN: 9781467443982