Charles Mulli: We Are Family 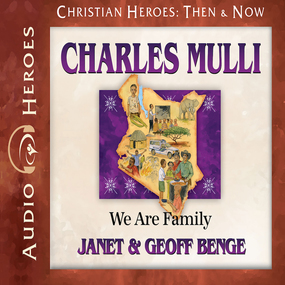 Charles Mulli: We Are Family

Title: Charles Mulli: We Are Family

For three hours, Charles sat in the car on the side of the road. “God, show me what to do. I will obey what You tell me,” he found himself praying. “I’m willing to give up everything You’ve blessed me with. Use me to reach those kids, Lord. They are just like I was, without hope. Help me bring them hope.”

When Charles Mulli was a child, his family repeatedly abandoned him, and he lived in fear of his abusive, alcoholic father. With an extraordinary will, the young Kenyan struggled to feed and educate himself and, encountering hope in the gospel, found a reason to live and to forgive.

Later, as a multimillionaire and father of eight, the entrepreneur sold his businesses to devote himself to caring for street children throughout Kenya. Since 1989, Charles and his wife, Esther, have taken into their protection thousands of the most vulnerable through Mully Children’s Family, revealing in the midst of brokenness God’s astonishing redemptive power (1949 - ).

This best-selling, missionary biography series - Christian Heroes: Then & Now - chronicles the exciting, challenging, and deeply touching true stories of ordinary men and women whose trust in God accomplished extraordinary exploits for His kingdom and glory.