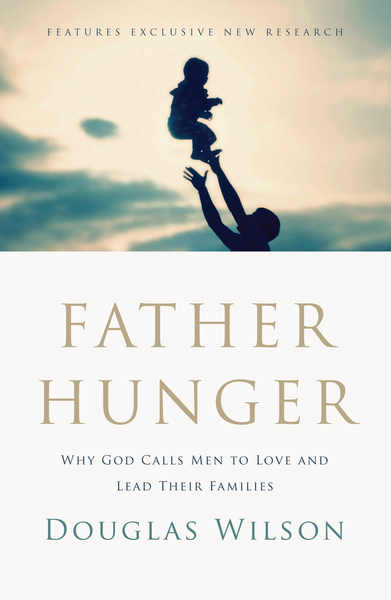 Fatherlessness is a “rot that is eating away at the modern soul,” writes Douglas Wilson, and the problem goes far beyond physical absence. “Most of our families are starving for fathers, even if Dad is around, and there’s a huge cost to our children and our society because of it.” Father Hunger takes a thoughtful, timely, richly engaging excursion into our cultural chasm of absentee fatherhood. Blending leading-edge research with incisive analysis and real-life examples, Wilson:

Filled with practical ideas and self-evaluation tools, Father Hunger both encourages and challenges men to “embrace the high calling of fatherhood,” becoming the dads that their families and our culture so desperately need them to be.

"Father Hunger illulstrates one of the greatest influences or lack thereof on the identity of a man: a father. Read a book that will strike an invisible chord in the lives of men both lost and found." ?Dr. Eric Mason, pastor of Epiphany Fellowship, Philadelphia