Wrestling with Alligators, Prophets, and Theologians: Lessons from a Lifetime in the Church- A Memoir - Olive Tree Bible Software

Wrestling with Alligators, Prophets, and Theologians: Lessons from a Lifetime in the Church- A Memoir 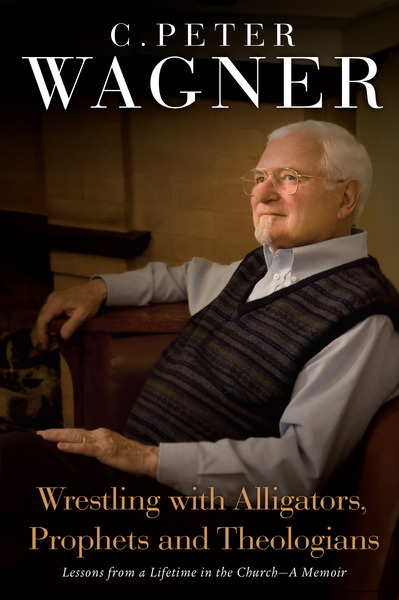 Wrestling with Alligators, Prophets, and Theologians: Lessons from a Lifetime in the Church- A Memoir

Title: Wrestling with Alligators, Prophets, and Theologians: Lessons from a Lifetime in the Church- A Memoir

For the past half-century, C. Peter Wagner has been at the leading edge of the key spiritual paradigm shifts that have been accompanied by major moves of the Holy Spirit. In the 1960s the missionary movement in South America was at its peak--and Dr. Wagner was there. In the 1970s he was a recognized authority in the church-growth movement. In the 1980s he taught a popular course at Fuller Seminary with Vineyard movement leader John Wimber that advocated praying healing for the sick, spiritual mapping, identificational repentance and spiritual warfare. Dr. Wagner coined the phrase Third Wave to describe this fresh move of the Holy Spirit--the impact of which is still being felt today. In the 1990s he became a leader of the New Apostolic Reformation, and in the new millennium he has championed the Dominion Mandate, adopting the Seven Mountain (or 7M) template for reclaiming the culture for God's kingdom.

For five decades, Dr. Wagner has led the church from one great move of God to the next, riding the wave of the Spirit through changes he never imagined when he first answered God's call to ministry. In Wrestling with Alligators, Prophets, and Theologians, Wagner tells, for the first time, his personal story of ongoing transformation. Readers will get a close-up view of the seismic shifts in the church's recent history, through the eyes of one of the only people to have seen it all unfold.
ISBN: 9781441268990