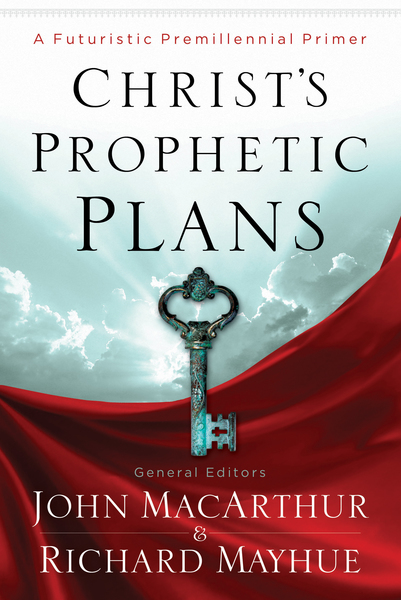 Do you wish you clearly understood the different views of the millenium and know why you believe which view you hold to? General editors and experienced bible scholars John MacArthur and Richard Mayhue help to provide a clear and convincing Biblical explanation for the interpretive approach to Scripture that results in a knowable futuristic view of Christ's millennial reign on earth. Christ's Prophetic Plans also helps provide the certain validity of God's promises to future Israel, and the crucial differences between Israel (as a people and a nation) and the New Testament church.

Christ's Prophetic Plans offers the reader John MacArthur's most explicit writing on eschatology and is perfect for pastors, bible professors, teachers, and students with a heart and mind for discovering Biblical truth. This primer takes you on a Biblical study of questions surrounding prophecy, Israel, the rapture, and the different millennial views. The fruit of such study is great as God specifically promises His blessing on those who know and obey the things of biblical prophecy (Revelation 1:3; 22:7).