All the Bible: From Promise to Exile - Olive Tree Bible Software 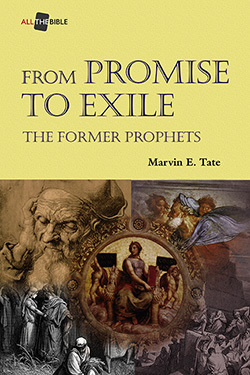 Title: All the Bible: From Promise to Exile

Joshua, Judges, Ruth, 1 & 2 Samuel, and 1 & 2 Kings are known as part of the historical books of the canon. However, in Jewish tradition, except for Ruth, they are labeled as prophetic literature.

Covering the rise and decline of Israel, Joshua-Kings moves from land, given as promised, to exile, executed by Yahweh because of the infidelity of the people and the unwillingness of the kings to obey the Torah and listen to the prophets. Joshua-Judges discusses land possession without the rule of kings, and Samuel-Kings emphasizes possessing the land under the leadership of monarchies.

All The Bible is an 8-volume basic biblical survey series that nurtures a better understanding of the message and background of the biblical writings. The general editor of the series is R. Alan Culpepper, Dean of the McAfee School of Theology, Mercer University, Atlanta, Georgia.

This product can be purchased individually, or as part of the All the Bible Series.

Marvin E. Tate served for many years as a professor at the Southern Baptist Theological Seminary, Louisville, Kentucky.