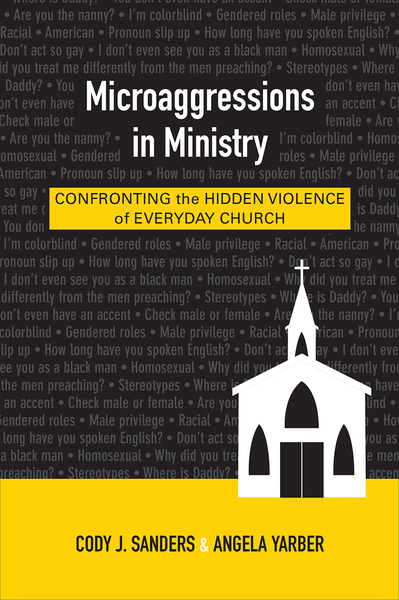 Carlosa third-generation U.S. citizen from New Jersey whose family emigrated from Colombia many years before Carlos was bornis often complimented on how articulate he is and asked how long he has been in the United States.

Deborah, a Certified Public Accountant (CPA) who is up for election as church treasurer, has her qualifications questioned, debated, and scrutinized by the congregation far more than any of her male predecessors who were elected with a simple vote.

Lisa, a male-to-female transgender person, attends a Sunday school where her classmates continue to refer to her with masculine pronouns (he, him, his).

The three examples above portray microaggressions: subtle slights, insults, and indignities expressed to persons of varied minority statuses. Although microaggressions are usually unintentional, they occur on a regular basis in education, the workplace, and daily life.

This is the first book that addresses the concept of microaggressions in ministry and church life. Drawing from their background as ordained clergy, Sanders and Yarber introduce ministry leaders to the concept of microaggressions and look specifically at microaggressions directed at race, gender, and sexuality in the church. Sanders and Yarber help readers become more aware of these subtle and often unconscious communications, offering realistic examples and guidance for grappling with this issue in preaching, religious education, worship, spirituality, and pastoral care and counseling. Microaggressions in Ministry equips congregations with methods for assessment and tools for action that will ultimately help create stronger, more welcoming faith communities.