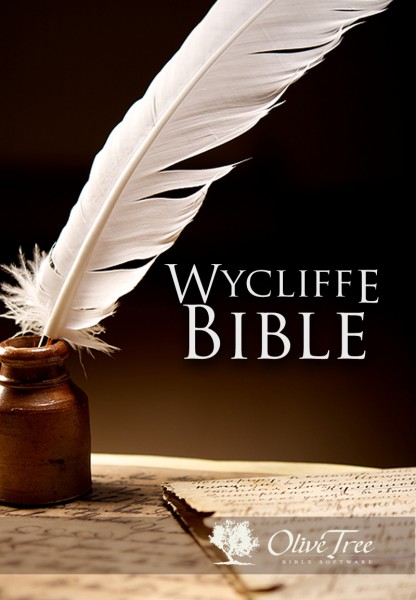 This translation of the Bible into Middle English is one of the oldest translations of the Bible into English. The translation was completed over a period of years between 1382-1395. Well known as a precursor to the Tyndale Bible and the King James Version, the Wycliffe Bible was very popular in its day. The English state and the Roman Catholic Church took drastic steps to suppress the Wycliffe Bible, circulating pamphlets critical of the it and enacting some of the severest religious censorship laws. The translation itself can be difficult for modern readers because current spelling and grammatical conventions have changed drastically from those of Middle English.

John Wycliffe (1325?-1384) was an early dissident in the Roman Catholic Church, which has earned him the title of "The Morning Star of the Reformation." He opposed the Church's encroachment on secular government and firmly believed that the Bible should be available to all people in their vernacular language.

These files were made available from the Holiness Classics Library of the Wesley Center Online at http://wesley.nnu.edu.