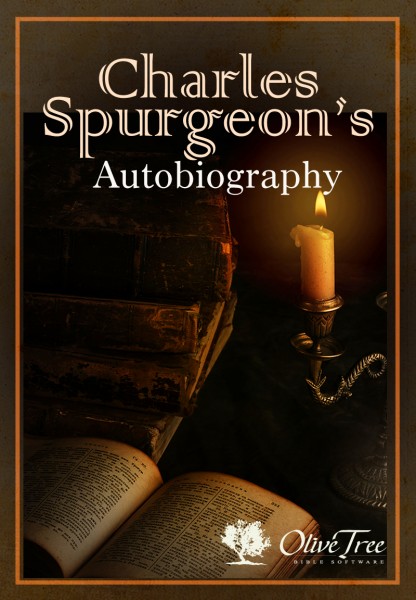 “Biographies are generally interesting if they are biographies; that is to say, if the events of the person's life are truly told; but I think that the most interesting biography to any man is his own life... It would have been impossible for me to quote the experiences of other men if they had not been bold enough to record them, and I make an honest attempt to acknowledge my debt to my greater predecessors by writing down my own. Whether this arises from egotism or not, each reader shall decide according to the sweetness of acidity of his own disposition. A father is excused when he tells his sons his own life-story, and finds it the readiest way to enforce his maxims; the old soldier is forgiven when he 'shoulders his crutch, and shows how fields were won;' I beg that the license which tolerates these may, on this occasion, be extended to me.” — Charles Haddon Spurgeon

This biography on Charles Haddon Spurgeon's life is extensively compiled from Spurgeon's own writing, including his diary, letters, and personal writings and records. This four volume set was created and edited by Charles Spurgeon's wife, Susannah Spurgeon, and Spurgeon's private secretary, Joseph W. Harrald.

Volume One covers the years 1834-1854, with details on his grandparents, early life, salvation, copies of his original outlines ("skeletons" as he called them), early efforts at soul winning and preaching, up to his early days in London at New Park Street Chapel.

Volume Two covers the years 1854-1860, with details of his love, courtship and marriage, early criticism and slanders, first literary friends, new school of the prophets, beginning of the Tabernacle, and his first printed works.

Volume Three covers the years 1856-1878, beginning with the opening of the Tabernacle, his review of both Deacons and Elders, foreign travel, Pastor's College, including letters between pastor and church, showing their great love for one another.