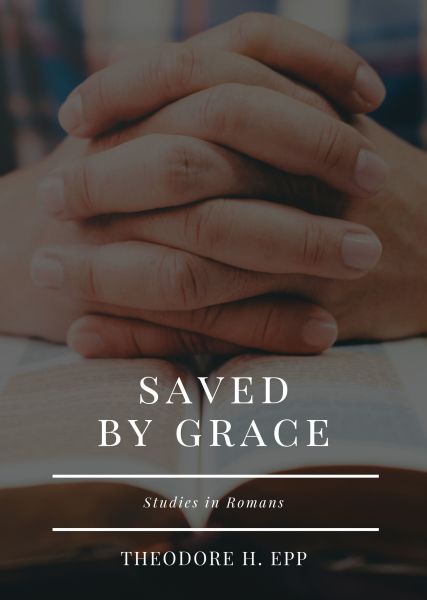 To many people, grace is some sort of blessing that they are unable to define. In reality, it is an attribute of God. It is that part of God which governs His attitude toward man. It is in the heart of God to want to do something for someone who is in need.

In Romans: Saved by Grace, Theodore H. Epp guides the reader on a step by step study of Romans, and the grace available to all that would believe.

Theodore H. Epp, a graduate of Southwestern Theological Seminary, Ft. Worth, Texas, was the founding director of the Back to the Bible Broadcast. He began his ministry as a pastor in Goltry, Oklahoma, where he received his first taste of radio preaching. He moved to Lincoln, Nebraska, to establish the Back to the Bible Broadcast, and the first program was heard on May 1, 1939, on a small local station.