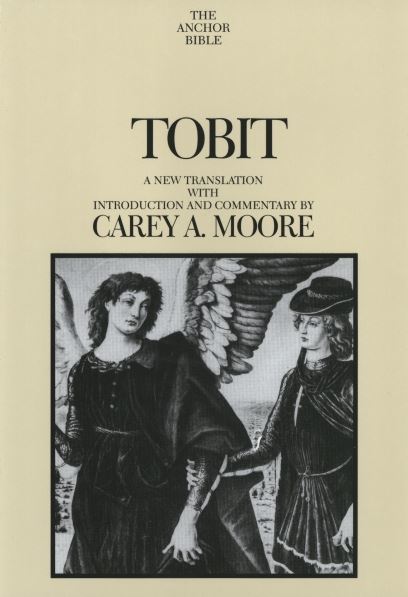 Tobit is the story of a righteous, devout, and charitable man who—blind and miserable—sends his son, Tobiah, to collect on an old loan. To test his faith, an angel joins Tobiah on his journey, and in the end Tobiah returns with the money, a beautiful bride, and a miraculous cure for his father's affliction. Tobit's story touches us precisely because it tells the tale of simple, hardworking everyday folk, who try, despite seemingly insurmountable dangers and difficulties, to be faithful and do good.

Scripture scholar Carey A. Moore's crisp and insightful translation and commentary bring Tobit's tale of justice and righteousness to life. Everybody can relate to these characters. As the commentator himself confesses, "I can honestly say that I really like and admire them. I 'feel at home' with them."

In the prestigious tradition of the Anchor Bible, Moore relates the latest in biblical scholarship through down-to-earth comments that touch the lives of general readers. This is a groundbreaking commentary, the first ever to utilize the Tobit texts from Qumran. Drawing upon a thorough analysis of the book's grammar and philology, literary forms and context, religious and social situation, and historical context, Moore offers the most informed and up-to-date commentary available on Tobit. This is truly an indispensable companion to anyone interested in Tobit and the Bible.

Carey A. Moore is Amanda Rupert Strong Professor of Religion at Gettysburg College in Gettysburg, Pennsylvania, where he lives. Tobit is his fourth commentary in the Anchor Bible series; other volumes include Esther (7B), Judith (40), and Daniel, Esther, and Jeremiah: the Additions (44).