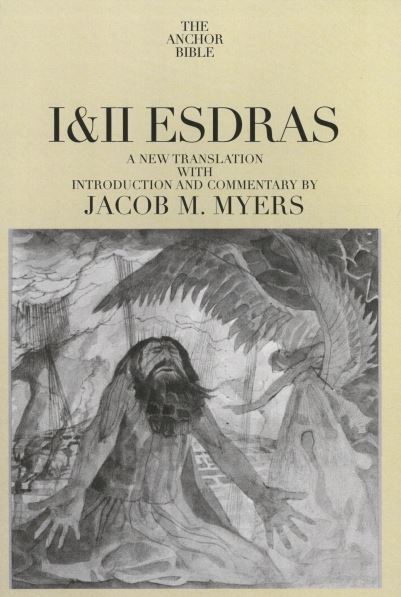 I & II Esdras is Volume 42 in the Anchor Bible Series of new book-by-book translations of the Old and New Testaments and Apocrypha, each by a preeminent scholar. Jacob M. Myers is Professor of Old Testament at the Lutheran Theological Seminary in Gettysburg and the author of three earlier volumes in the series: I Chronicles and II Chronicles and Ezra, Nehemiah. The present work constitutes the first English commentary on I Esdras in sixty years and the first on II Esdras in forty.

Written about 10 BCE, I Esdras is a history ranging from the pious reign of Josiah to the religious reforms of Ezra. For this period Josephus follows I Esdras in his Antiquities of the Jews.

An apocalyptic work, written 250 years later, II Esdras seeks to offer strength, courage, and hope to those whose faith was severely shaken in the gloom and despondency that followed upon the fall of Jerusalem in A.D. 70. Its chief purpose was to inspire trust in God and the ultimate triumph of righteousness, if not in this world, then in the world to come. “Tracts for the times such as II Esdras,” writes Dr. Myers in his preface, “have a message for us who in a revolutionary age are obsessed with the impatience reflected by Ezra; it was not that he lacked faith in God but that he, like Job, questioned his ways and the delay, perhaps seeming inactivity, in the face of what appeared to the prophet to be terrible urgencies. The questions posed are still asked in the context of our age.”

Eight photographs of ancient Near Eastern sculpture and coins help the reader visualize both the events recounted in I Esdras and the apocalyptic imagery in II Esdras. Each book has its own introduction and bibliography.

Jacob M. Myers is Professor of Old Testament at the Lutheran Theological Seminary in Gettysburg, Pennsylvania.