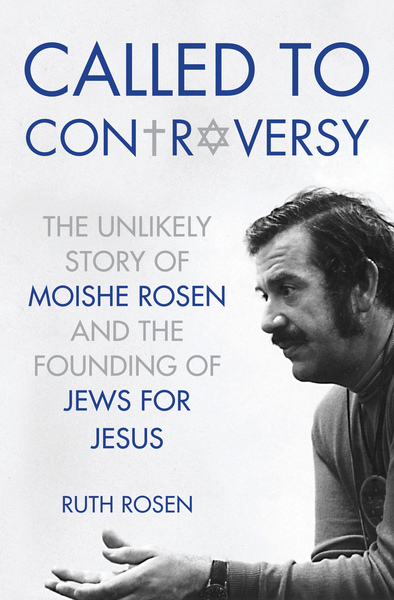 What does it mean to be a Jew? What practices are relevant? And is belief in God even necessary?
Answers to these and other questions reflect the amazing diversity within the Jewish community. However, one terrible fact—centuries of persecution in the name of Jesus Christ—has united this diverse community in one belief. Namely, that Jesus Christ is not the Jewish Messiah.

Moishe Rosen was born into this culture. No New Testament. No Christmas. No question. Even nonreligious Jews—including Moishe’s family—would disown anyone traitorous enough to profess faith in Christ. Which means the moment Moishe was called to Christ, he was Called to Controversy.

This stirring account from his daughter describes the rise of a man whose passion for Jesus and passion for his people triumphed over self-preservation and ultimately fueled an international movement that is still changing lives today. Called to Controversy is the inside story of one the most influential evangelists of our times.