Fly a Little Higher: How God Answered a Mom's Small Prayer in a Big Way 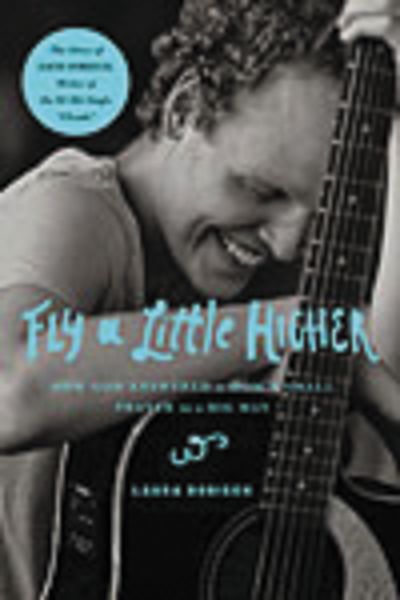 Fly a Little Higher: How God Answered a Mom's Small Prayer in a Big Way

Title: Fly a Little Higher: How God Answered a Mom's Small Prayer in a Big Way

Join Laura Sobiech as she shares the amazing story of how God used her son's battle with cancer to touch the lives of millions.

"Okay, Lord, you can have him. But if he must die, I want it to be for something big. I want someone's life to be changed forever." This is what Laura Sobiech prayed when she found out her seventeen-year-old son only had one year left to live. With this desperate prayer, she released her son to God's will.

When his mother told him to think about writing goodbye letters to family and friends, he decided instead to write songs. One of them, Clouds, captured hearts and changed not one life but millions, making him an international sensation.

But Zach's story isn't just about music. It's a testament to:

Above all, Zach's story is an example of the amazing things that happen when someone shares the most precious thing he has--himself.

Praise for Fly a Little Higher:

"Once in a blue moon, you meet someone who changes you. Though I never met Zach Sobiech, his grace in the face of a devastating prognosis was a beautiful thing to witness. The fact that his mother, Laura, and entire family were able to accompany him on his journey with such strength and courage (not to mention love and laughter) is a powerful lesson, not about dying, but about living."

--Katie Couric, journalist and bestselling author of Going There

"Through a few chords and a simple song, Zach Sobiech inspired millions of voices to sing along to a message of courage, grace, and the acceptance of love. Fly A Little Higher is proof that one of God's great gifts is music. Sing loud and rejoice."

--Scott Herold, CEO and Founder, Rock the Cause Records