Finding Moosewood, Finding God: What Happened When a TV Newsman Abandoned His Career for Life on an Island - Olive Tree Bible Software

Finding Moosewood, Finding God: What Happened When a TV Newsman Abandoned His Career for Life on an Island 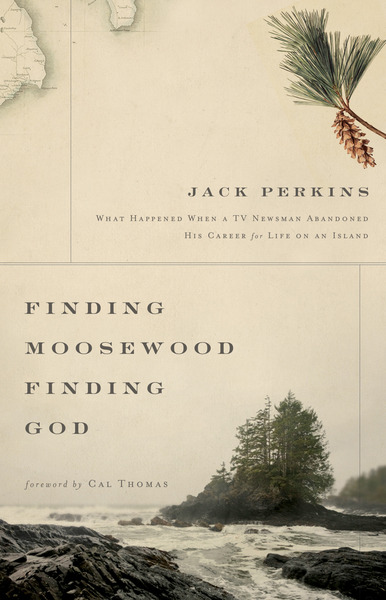 Finding Moosewood, Finding God: What Happened When a TV Newsman Abandoned His Career for Life on an Island

Title: Finding Moosewood, Finding God: What Happened When a TV Newsman Abandoned His Career for Life on an Island

For twenty-five years, millions of Americans watched Jack Perkins on NBC News as a correspondent, commentator, and anchorman. People were familiar with his face, his bearing, and his rich, reassuring bass.

Yet at the age of fifty-two and at the height of his career, Jack Perkins left the world of broadcasting and moved with his wife, Mary Jo, to a bare-necessities cabin on an uninhabited island off the coast of Maine. This isolated home they came to call Moosewood was the setting for and the catalyst to Jack and Mary Jo’s spiritual awakening. For thirteen years they endured (and learned to enjoy) snowbound winters, shuttling supplies from the mainland, testing themselves and the strength of their marriage, and discovering the rewards and glories of a close-to-nature life. Which is to say, the rewards and glories of a close-to-God life. As far as the public was aware, Jack Perkins had vanished. In fact, he was doing research; not, for a change, about the unknown private life of a movie star or celebrated artist, but about the unknown sides of himself.

Jack’s personal account in Finding Moosewood, Finding God tells a relatable story of one man drawn to cast off a shallow and unsatisfying lifestyle in order to seek out a deeper, more meaningful and spiritual life. Within the course of explaining how their lives were blessedly transformed especially during the cycle of their first year of island living, Jack draws in stories from his long career in an impressionistic, associative way that invites the reader to connect the dots. One finds—as he finally did—that there’d been many hints along the way of a greater plan at work. This rich memoir also contains a photo insert.