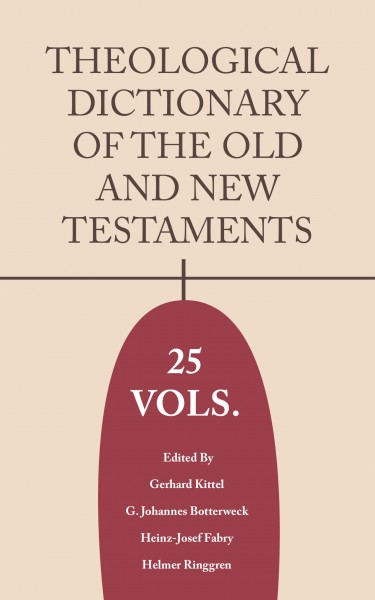 This monumental reference work, complete in ten volumes, is the authorized and unabridged translation of the famous Theologisches Wörterbuch zum Neuen Testament, known commonly as "Kittel" and considered by many scholars to be the best New Testament Dictionary ever compiled. Mediating between ordinary lexicography and the specific task of exposition, TDNT treats more that 2,300 theologically significant New Testament words, including the more important prepositions and numbers as well as many proper names from the Old Testament. Presenting the words in the order of the Greek alphabet, TDNT typically discusses the following for each word: its secular Greek background, its role in the Old Testament, its use in extrabiblical Jewish literature, and its varied uses in the New Testament. Substantial bibliographies and footnotes supplement the articles.