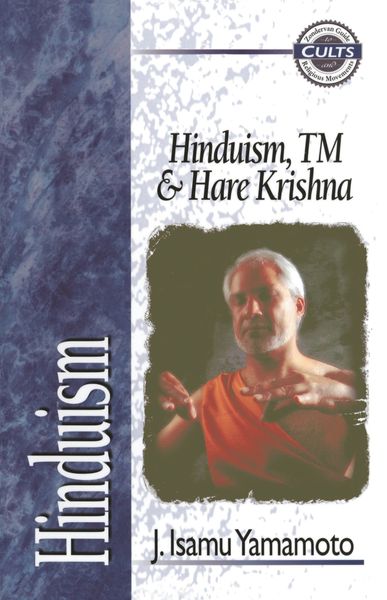 In the sixties, Transcendental Meditation, a Hindu-based movement, became fashionable as a way to therapy and psychological well-being -- especially after being endorsed by the Beatles and the Beach Boys. Its influence waned, ironically, after the courts decided that TM was a religion rather than a form of therapy, as TM had claimed. But its popularity helped open the doors to a wider acceptance of Eastern philosophy and religions in mainstream America. Another Americanized form of Hinduism is Hare Krishna. This volume and the volume on Buddhism in this series together present a comprehensive overview of Eastern religions, their views, and their impact on contemporary North America. Why this series? This is an age when countless groups and movements, old and new, mark the religious landscape in our culture, leaving many people confused or uncertain in their search for spiritual truth and meaning. Because few people have the time or opportunity to research these movements fully, these books provide essential information and insights for their spiritual journeys. All books but the summary volume, Truth and Error, contain five sections: -A concise introduction to the group being surveyed -An overview of the group’s theology — in its own words -Tips for witnessing effectively to members of the group -A bibliography with sources for further study -A comparison chart that shows the essential differences between biblical Christianity and the group -Truth and Error, the last book in the series, consists of parallel doctrinal charts compiled from all the other volumes. -Three distinctives make this series especially useful to readers: -Information is carefully distilled to bring out truly essential points, rather than requiring readers to sift their way through a sea of secondary details. -Information is presented in a clear, easy-to-follow outline form with “menu bar” running heads. This format greatly assists the reader in quickly locating topics and details of interest. -Each book meets the needs and skill levels of both nontechnical and technical readers, providing an elementary level of refutation and progressing to a more advanced level using arguments based on the biblical text. The writers of these volumes are well qualified to present clear and reliable information and help readers to discern truth from falsehood.