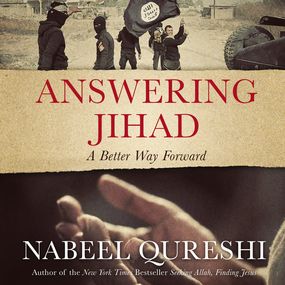 San Bernardino was the most lethal terror attack on American soil since 9/11, and it came on the heels of a coordinated assault on Paris. There is no question that innocents were slaughtered in the name of Allah and in the way of jihad (meaning warfare against the enemies of Islam, in this case).

But do the terrorists' actions actually reflect the broader religion of Islam? The answer to this question is more pressing than ever, as many Muslim refugees are still migrating to the West, seeking shelter from the violent ideologies of ISIS, Al-Qaida, and other radical Islamic groups.

Setting aside speculations and competing voices, Qureshi explores the answers to difficult questions like:

In Answering Jihad, bestselling author Nabeel Qureshi answers these urgent questions from the perspective of a former Muslim who is deeply concerned for both his Muslim family and his American homeland.