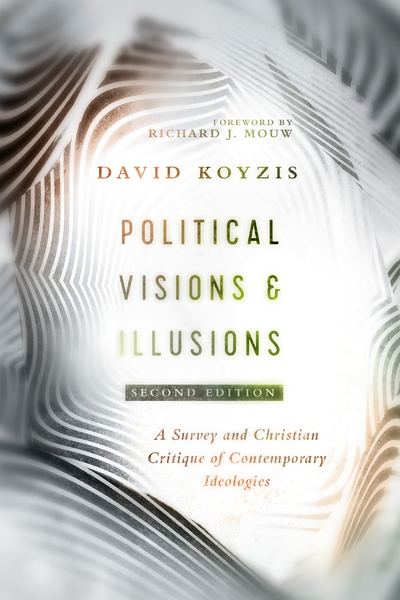 What you believe about politics matters. The decades since the Cold War, with new alignments of post–9/11 global politics and the chaos of the late 2010s, are swirling with alternative visions of political life, ranging from ethnic nationalism to individualistic liberalism. Political ideologies are not merely a matter of governmental efficacy, but are intrinsically and inescapably religious: each carries certain assumptions about the nature of reality, individuals and society, as well as a particular vision for the common good. These fundamental beliefs transcend the political sphere, and the astute Christian observer can discern the ways—sometimes subtle, sometimes not—in which ideologies are rooted in idolatrous worldviews. In this freshly updated, comprehensive study, political scientist David Koyzis surveys the key political ideologies of our era, including liberalism, conservatism, nationalism, democracy, and socialism. Koyzis gives each philosophy careful analysis and fair critique, unpacking the worldview issues inherent to each and pointing out essential strengths and weaknesses, as well as revealing the "narrative structure" of each—the stories they tell to make sense of public life and the direction of history. Koyzis concludes by proposing alternative models that flow out of Christianity's historic engagement with the public square, retrieving approaches for both individuals and the global, institutional church that hold promise for the complex political realities of the twenty-first century. Writing with broad international perspective and keen analytical insight, Koyzis is a sane and sensible guide for Christians working in the public square, culture watchers, political pundits, and all students of modern political thought.
ISBN: 9780830872060