Cynicism and Christianity in Antiquity 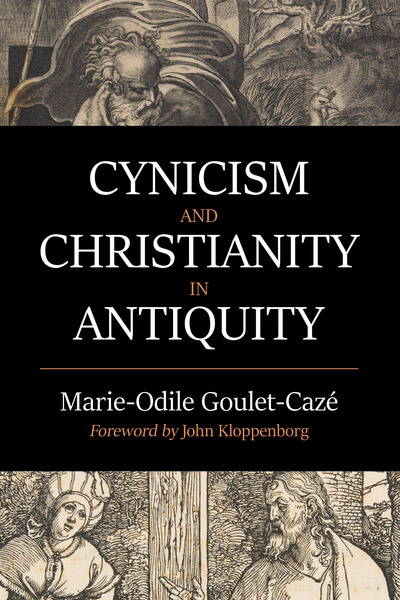 Cynicism and Christianity in Antiquity

Title: Cynicism and Christianity in Antiquity

Was Jesus a Cynic?

Cynicism and Christianity in Antiquity is a literary tour de force analyzing and refuting the hypothesis that Jesus was a Cynic. Marie-Odile Goulet-Cazé examines the arguments submitted by some New Testament scholars who believe that Jesus and his disciples were influenced by the ethics and social behaviors of itinerant Cynic preachers.

In examining the “Cynic Jesus hypothesis,” Goulet-Cazé offers a reliable, accessible, and fully documented summary of Cynicism and its ideas, from Diogenes to the Imperial Period, and she investigates the extent and nature of contact between Cynics and Jewish people, especially between 100 BCE and 100 CE. While recognizing similarities between the ideas and morals of ancient Cynicism and those evident in early Christian movements, Goulet-Cazé identifies more significant, fundamental differences between them in culture, theology, and worldview.