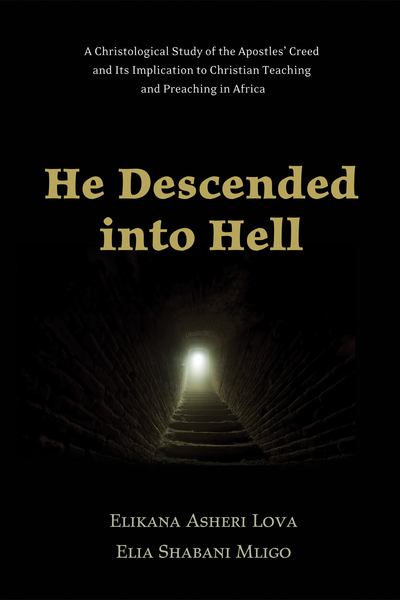 Title: He Descended into Hell

The Apostles' Creed is one of the most prominent creeds in Christianity, perhaps even the most recited creed by normal believers in church services. However, the creed holds a clause that seems controversial to Christian mission in some contexts, especially African contexts. The clause, "He descended into Hell," is the main concern of this book. In African context, where ancestral cult is prominent in both people's worldview and practice, this clause poses a tangible problem of religious syncretism. The phrase suggests a life after immediate death, that a person can continue to live in a certain realm soon after death. Since the clause depicts Jesus descending into hell after death and burial, and preaching to the other souls of the dead in hell, it suggests the possibility of hearing a message of salvation after death, a doctrine hardly held by Christianity. The doctrine therefore becomes good news for those Africans who hold firm the ancestral cult, and those whose relatives had died in sin on earth. Therefore, this book critically examines the origin and use of this doctrine in the church and its validity in an African context.
ISBN: 9781498206228