A Multitude of All Peoples: Engaging Ancient Christianity's Global Identity 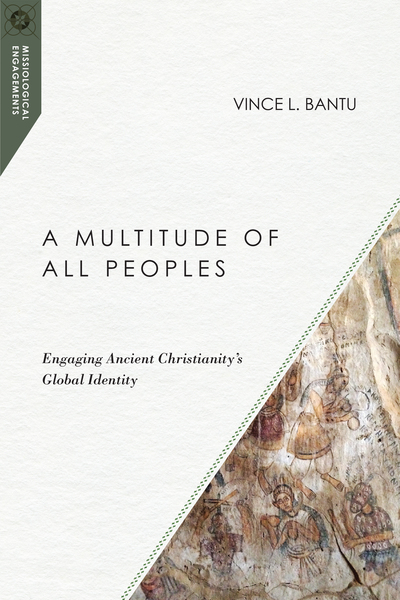 A Multitude of All Peoples: Engaging Ancient Christianity's Global Identity

Christianity Today Award of Merit Christianity is not becoming a global religion. It has always been a global religion. The early Christian movement spread from Jerusalem in every direction, taking on local cultural expression all around the ancient world. So why do so many people see Christianity as a primarily Western, white religion? In A Multitude of All Peoples, Vince Bantu surveys the geographic range of the early church's history, revealing an alternate, more accurate narrative to that of Christianity as a product of the Western world. He begins by investigating the historical roots of the Western cultural captivity of the church, from the conversion of Constantine to the rise of European Christian empires. He then shifts focus to the too-often-forgotten concurrent development of diverse expressions of Christianity across Africa, the Middle East, and Asia. In the process, Bantu removes obstacles to contemporary missiological efforts. Focusing on the necessity for contextualization and indigenous leadership in effective Christian mission, he draws out practical lessons for intercultural communication of the gospel. Healing the wounds of racism, imperialism, and colonialism will be possible only with renewed attention to the marginalized voices of the historic global church. The full story of early Christianity makes clear that, as the apostle Peter said, "God does not show favoritism, but accepts those from every people who fear him and do what is right." Missiological Engagements charts interdisciplinary and innovative trajectories in the history, theology, and practice of Christian mission, featuring contributions by leading thinkers from both the Euro-American West and the majority world whose missiological scholarship bridges church, academy, and society.
ISBN: 9780830828104