Who's Afraid of Relativism? (The Church and Postmodern Culture): Community, Contingency, and Creaturehood 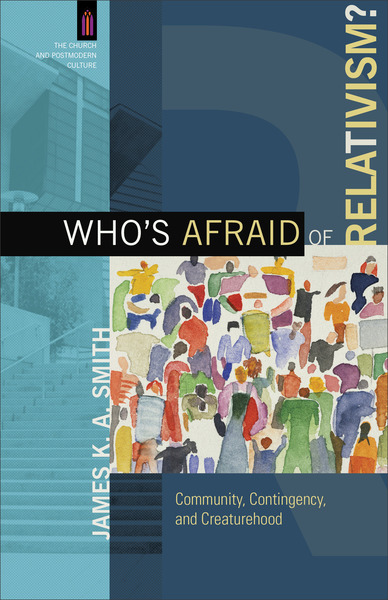 Who's Afraid of Relativism? (The Church and Postmodern Culture): Community, Contingency, and Creaturehood

Title: Who's Afraid of Relativism? (The Church and Postmodern Culture): Community, Contingency, and Creaturehood

Many Christians view relativism as the antithesis of absolute truth and take it to be the antithesis of the gospel. Smith argues that this reaction is a symptom of a deeper theological problem: an inability to honor the contingency and dependence of our creaturehood. Appreciating our created finitude as the condition under which we know (and were made to know) should compel us to appreciate the contingency of our knowledge without sliding into arbitrariness. Saying "It depends" is not the equivalent of saying "It's not true" or "I don't know." It is simply to recognize the conditions of our knowledge as finite, created, social beings. Pragmatism, says Smith, helps us recover a fundamental Christian appreciation of the contingency of creaturehood.

This addition to an acclaimed series engages key thinkers in modern philosophy with a view to ministry and addresses the challenge of relativism in a creative, original way.
ISBN: 9781441245762